The following is a transcript from an article appearing in The Drum, 19 May 1988. You can find a copy of this article in Fairymead House in Bundaberg, along with the items depicted in the attached photos.

Spirit was Changed by First Chemist

While it is true Bundaberg's rum was the result of varied and numerous contributions, the distillery's first chemist can claim credit for dramatically reshaping and improving the flavour of our Famous Aussie Spirit. When George Hurt began at the distillery in 1949, Millaquin had not one microscope, and scoffed at his suggestions to control the fermentation process. The difference between bacteria and yeast was then unknown and George was met with some classical arguments, against chemical control.

“You would change the taste” he was told. To which George replied: “Yes, I would – to the better.” 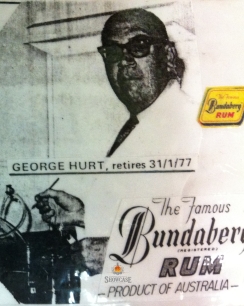 Now 73 and residing at Bargara, the former chemist George recalls a bitter struggle to have his techniques recognised, the spirit's rapid development, and the pride he feels that Bundaberg Rum is now well and truly on the map worldwide.

George was born in Czechoslavakia under Austrian-Hungarian Empire control during World War I. Graduating at the Polytechnical University of Prague, he studied the various chemical aspects being applied in leading factories, breweries and distilleries in Europe. With the advent of World War II, George served in the army, but when the communist regime seized control in 1948, he joined the growing ranks of illegal immigrants fleeing the country in masses. George was smuggled over the border into West Germany and was accomodated in the less than luxurious conditions of refugee camps before falling into allied hands. He was accepted as a new Australian and transferred to a camp in Naples. 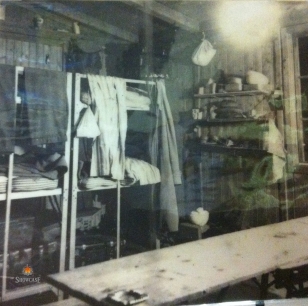 “You are healthy enough for our standards, but you have to sign a two year contract.” George was told. George said they were not interested in his profession, but he was just glad to be in the free country. When the refugees arrived in Sydney, the general consensus was that “It looks like this country Australia will go bankrupt,” George said.

“It was too generous.” Food was skimped and stolen and hoarded secretly in the barracks, because experience had taught them – you may be fed today but tomorrow you may starve.

It was not until their sceptical habits caused a rat invasion that they finally realised that Australia was not on the verge of bankruptcy after all, George said. “I actually ended up in Bundaberg by mistake.” 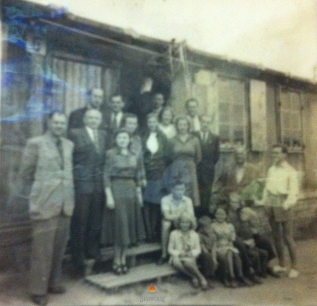 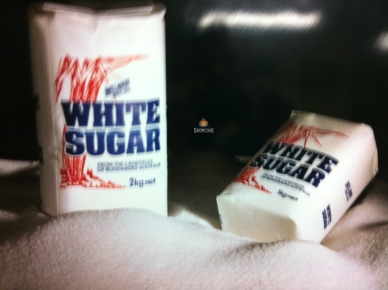 While in the Bathurst Migration camp, many of the refugees received rations of Golden Syrup by CSR. So George with the help of a translator composed a letter of application. Since the syrup can failed to provide an address, George was wrongly informed that CSR was in Bundaberg, and the letter arrived at Millaquin Sugar Mill, addressed “CSR Bundaberg.”

George's assignment as contract labour had landed him in Tully cutting cane as a farm hand but shortly the Millaquin Sugar Company technical manager, Earl Duus, offered him a job. Bundaberg however, was not quite ready for the strong-minded Czhech who arrived aghast at the primitive fermentation process at Millaquin.

“To my horror I asked to have a microscope. Do you know what yeast is?” He said.

“It was absolutely uncontrolled, full of horrible infection and pollution.” George's insistant pleas for a microscope were answered with an old broken one, but his suggestions to implant fermentation controls fell on deaf ears. After all the distillery had done very well since 1888, why should it change now, was the popular attitude George said. Needless to say George had the perfect recipe for making many enemies, as his persistence was easily interpreted as arrogance. In 1950 he was sacked and forbidden to enter the distillery again. For a period of three months he worked at the Northern Australian Rubber Mill in Kelvin Grove producing boots. A spurned man, George said “Nobody gave me the chance to prove myself – that I was right.”

By June of that year Millaquin offered to take him back for one season only, and he jumped at the chance. When Bill Eastgate Jnr became the distillery manager he became the refinery chemist. George continued so vehemently with his conviction that he could guarantee increased quality and production, that the management employed the advice of the Brisbane sugar experimental station. Following a consultation Millaquin administration, Brisbane's plant pathologist Graham Hughes stated that George's sample analysis rang true, and in October 1951 George was sent to Brisbane to purify the yeast culture in their laboratories. 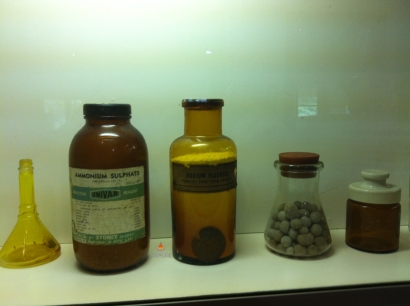 George's methods were successfully introduced on his return and production jumped by £400 per week. The alcohol level in fermentors was improved from nine percent to 11 and 12.

“They were so shocked that they gave me £25 bonus. That had never happened before,” George said. “But they were making thousands more.” Two years passed as George's rum matured and when it was tasted the new rum was first class he said.

George worked for several years as both the refinery and distillery chemist before being transferred to the Distillery as chief chemist and bacteriologist. He went on to design an automatically controlled laboratory auto-clave and co-designed the yeast propagating machine. In 1955 George was naturalised by a former Mayor of Bundaberg, Fred Buss. In the 1960's George was given a young lab assistant who went on to contribute much to Bundaberg Rum after George retired in 1977.

Contuned Next Page: CLICK HERE TO FIND OUT MORE