Details: Bundaberg Rum 101 is a dark coloured rum with a smokey flavour.  This rum was a limited release, released in 2008 to commemorate “The Great Fire” that destroyed the distillery on 8th February, 1907.  The labelling on the bottle has charred edges to give the appearance of having been burnt.  The gift carton also carries the same charred appearance and on the back of the carton the story of the fire as described in the Bundaberg Mail.

Variations: There were 87,288 bottles of this rum produced and each bottle came in it own special presentation box.  These bottles were not individually numbered and sold for $AUD49.99 RRP.  Merchandise released with this rum included T Shirts, key rings and caps.

Below is a video compiled by Bundaberg Rum Showcase depicting the fires that destroyed the distillery. 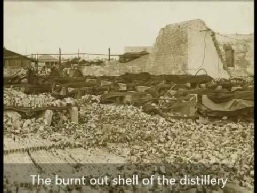 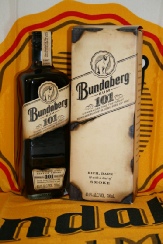