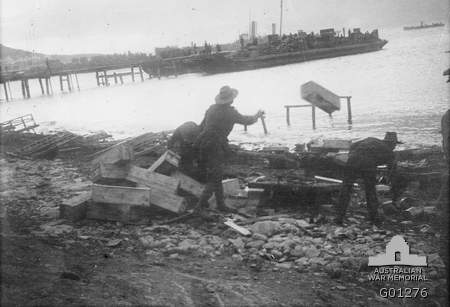 From the archives of the Australian War Memorial: Gallipoli Peninsula, Turkey. 17 December 1915. Three soldiers breaking up the rum cases. Note the broken SRD jars on the ground. 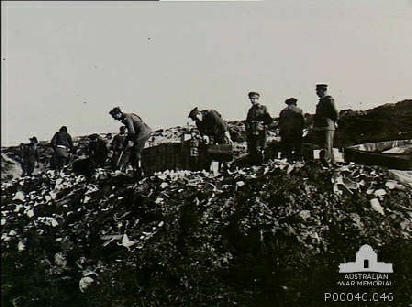 Gallipoli. C. 1915-12-19. At a dump, 1st Division infantry soldiers break up earthenware rum jars and other stores and pour out cans under the supervision of officers as part of the evacuation scheme.

Images below used by kind permission of the Australian War Memorial 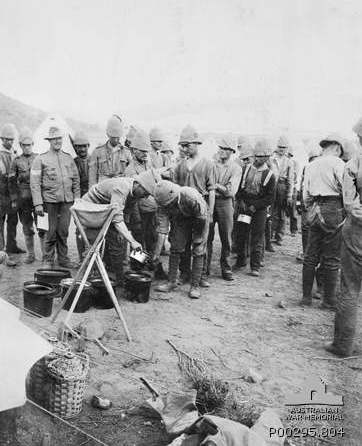 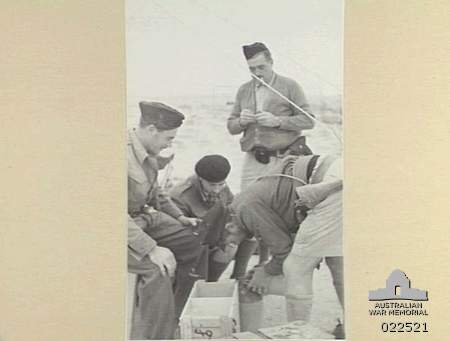 British Army one gallon pottery jar for storage of rum. The cylindrical jar tapers at the top to a narrow circular neck and mouth. The lower section has a natural glazed stoneware appearance, but the shoulders and upper part are glazed a light yellow-brown. The letters 'S.R.D.'appear in black below the neck, and there is an impressed circular makers' mark reading 'MOIRA POTTERY' at the bottom of the shoulder section. Between the neck of the jar and the S.R.D. marking is a red stain.

Hundreds of thousands of these jars were produced during the First World War for the storage and transport of rum, lime juice and various other liquid supplies. The markings 'S.R.D.' (which stand for 'Service Rum Dilute', contrary to the views of the troops, who maintained that it represented 'Seldom Reaches Destination') on this example indicate that it originally contained rum, a staple ration item for British and Empire troops in the front line, particularly in cold weather. 3577 rum jars were destroyed on the Gallipoli peninsula prior to the Allied withdrawal in December 1915. 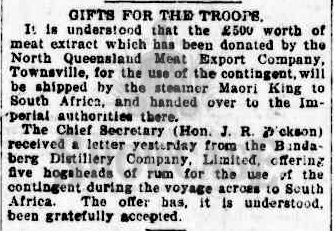 Article in the Brisbane Courier, January 1900 detailing the gifts to the troops heading to the Boer War.